I never thought I would be here...

I know two posts in one day...but it finally came to me...the blog that has been swimming in my brain...it finally hit me.

I have always been told that everyone has their cross to bear. Everyone has that shitty thing in their life that happens that they just have to deal with. Well...I went through something as a child and I thought for all these years that THAT incident was my cross. That was my trauma in life, that was my huge hurdle. Of course I was not naive enough to think that the rest of my life would be smooth sailing, but I felt that "incident" was profound enough and potentially damaging enough to be my "one thing".

Then IF was thrown on my plate and I am baffled! I have already fought my battle, I have (and continue to) carried my cross, I fought for justice, I forgave, I used the shitty "incident" and became a better person because of it. So...why this now? Haven't I endured enough?

I have been told that God puts us through tests to prepare us for the future...well I can tell you that if he is using the "incident" and IF to prepare me for the future...I am not so sure I want to know what the future holds for me cause I am pretty sure...it ain't good.

I mean...how much can one person go through?

I never thought I would be here...never in a million years!
Posted by Nichole at 1:51 PM

Beautiful post! I also feel the said incident was your cross to bear. I think it is cruel that you also have to endure this...I don't know why you are being tested over and over again. I know God doesn't give us more than we can handle...I just wish he didn't feel we were this strong.

You are not alone!!!

I can so agree with you on many of your points especially the one about how you feel about your bodies inability to support a pregnancy.

I never though I would be here......sitting here reading your blog about how much you have been through and how much this has hurt you. I am so sorry and truly wish there was something I could do or say to make it go away and to make things so MUCH different for you and P both.
But I am happy to have met you, you are one of the truest friends & sweetest person I have ever met. Having you apart of our wedding made you both family and that will never change. Im praying for you love and will see you soon. Miss you girly.

Sending love and hugs. I don't think people realize how hard infertility can be on a marriage. We went through so many huge trials - financial, emotional, multiple moves, loss, you name it and I feel like we've been through it - but NOTHING compared to the stress of infertility. I don't think people understand that - understand how hard it really is on your relationship, and how hard it is on you as a person. Your post really hit home for me.

I completely understand what you mean! I went through so much crap as a child and a teen, THEN IF hit and I thought "if I could just have a baby, everything would be alright". THEN AUTISM! I think God just wants me to have a REALLY good understanding of hardship, so that I can have more compassion or something. I know that even with all the crap I've been through, it's made me a better person. I see the world in a way a lot of other people can't because they've never had to deal with IF or Autism. You're a wonderful person and I pray for you always. :)

What a great post. I went through a bunch of crap when I was younger too and thought I'd paid my dues, but apparently not. When bitter I think that I've had IF dumped on me because the earlier stuff made me strong enough to handle it and isn't that just a b*tch?

I could have written almost every word of your post! I'm been trying to find that very answer and sometimes I think we're put through all of this now, but soon we'll know the reason why. Just know you're not alone! Thank you for the comments on my blog! I really needed to read it!!

I thought I had gone through enough hard situations already too! At first I kept asking God, what is it that you want me to learn that I didn't already learn from my other trials? But now I don't think it's that at all. If all I had to do was learn something I could do that and move on. But I'm not in control like that. I think God's developing my character through this, for sure, (and that always helps with whatever is in the future, good & bad) but that it's just something I have to go through and the end result will be worth it all! That helps me anyway, I hope I can encourage you a little! IF is so hard.
HUGS! 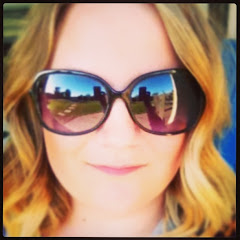